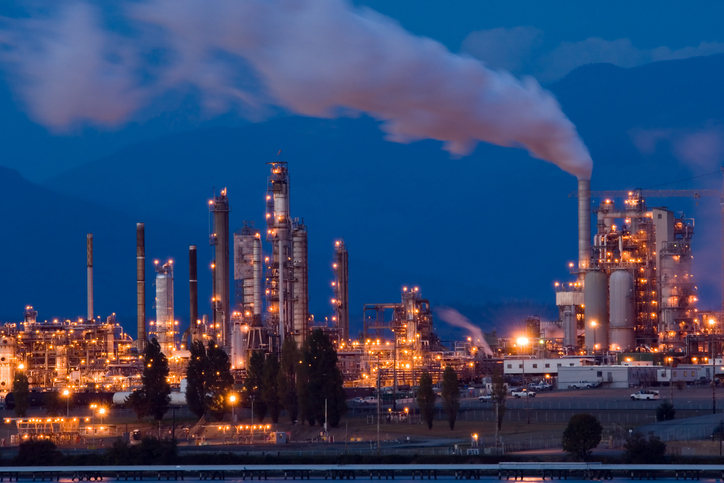 Southeast Texas is home to the largest concentration of oil refineries and petrochemical plants in the United States.

Th 10 refining facilities located in the Houston Metro Region alone can process 2.6 million barrels of crude oil per calendar day. And as home to four of the ten largest refineries in the United States, the entire Texas Gulf Coast Region – including Corpus Christi, Port Arthur, and Beaumont – accounts for more than 87% of total production in the state and more than a quarter of the nation’s total production.

According to the U.S. Energy Information Administration (EIA), Motiva’s Port Arthur Manufacturing Complex ranks as the nation’s largest refining operation and can process a staggering 607,000 BPD.

Unfortunately, the Motiva Port Arthur Refinery has been the site of several safety incidents over the years, including a chemical spill that resulted in the temporary shutdown of a crude distillation unit in June 2012. In April 2010, a contractor died tragically when he was crushed by a construction crane.

Most recently, in February 2020, an employee suffered non-life-threatening injuries after an equipment fire broke out at the facility.

The facility processes a variety of crude oils into gasoline, distillates, aromatics, heavy fuel oil, dry gas, fuel-grade coke, refinery-grade propylene, chemical-grade propylene, and sulfur for the domestic and export markets. An on-site co-generation facility with 1,055 megawatts of electrical production capacity can produce roughly 4.3 million pounds of steam per hour. Nearly half of that power is used by the refinery, while the remaining electricity is sold into the electricity grid.

On March 15, 2005, a vent stack at the Marathon Petroleum refinery (known then as the BP Texas City Refinery) ignited, killing 15 workers and injuring hundreds of others.

In 2009, a pipeline that supplied crude oil to the Marathon Garyville Refinery exploded, killing one worker and severely burning three others.

Our Undefeated Refinery Explosion Lawyers are representing workers in connection with the explosion that erupted at the ExxonMobil Olefins Plant in Baytown on December 23, 2021.

Unfortunately, last month’s explosion was just the most recent safety incident inside the ExxonMobil Baytown Complex. In fact, an earlier explosion at the same  ExxonMobil Olefins Plant injured more than 40 workers on July 31, 2019, and ignited a fire that continued to burn for more than seven hours.

The ExxonMobil Baytown Complex was also the site of a furnace fire, on March 16, 2019, and a fatal accident that tragically killed a contractor on December 1, 2017.

Located along the east bank of the Mississippi River, the Baton Rouge facility can process 520,000 barrels of crude oil each day for use in gasoline, diesel, jet fuel, aviation fuel, lubricating oils, and waxes.

On November 22, 2016, a massive explosion at the ExxonMobil Baton Rouge Refinery injured four workers, including one who suffered catastrophic burns and another thrown from a scaffold and left dangling over the resulting fire. A second fire broke out at the same ExxonMobil facility nearly one year later, but no one was injured in that incident.

With a production capacity of 435,000 BPD, BP’s Whiting refinery in Indiana is the largest crude oil refinery in the Midwest and the sixth-largest in the United States.

The refinery produces a wide range of liquid fuels, along with 7% of all asphalt in the United States. The facility’s naphtha hydrotreater also allows the refinery to produce the full slate of US EPA Tier 3 fuels.

The BP Whiting Refinery’s last serious incident occurred in August 2014, when an explosion erupted on the facility’s north end. One employee was hospitalized as a precaution.

The CITGO Refinery in Lake Charles, Louisiana, is the largest of three refineries the company operates in the United States. With a processing capacity of 418,000 BPD, the facility is also the nation’s seventh-largest crude oil refining operation.

The CITGO Lake Charles Refinery was the site of a deadly forklift accident that tragically killed a contractor on March 9, 2020.

In addition to the Beaumont Refinery, which produces around 2.8 billion gallons of gasoline annually, the ExxonMobil Beaumont Complex also includes:

On April 17, 2013, a fire on a processing unit undergoing maintenance at the ExxonMobil Beaumont Refinery sent a dozen contractors to the hospital, including seven who suffered severe burns. Two of the burned contractors would later die of their injuries.

The largest refinery on the West Coast, Marathon’s Los Angeles (Carson) Refinery boasts a capacity of 363,000 BPD, making it the ninth-largest crude oil refinery in the country.

Last February, an explosion erupted on one of the facility’s gas-producing units, igniting a massive fire that sent smoke and flames into the night sky. Fortunately, there were no injuries related to that incident.

Able to process up to 356,440 BPD, the Chevron Pascagoula Refinery on the Mississippi Gulf Coast is the 10th largest crude oil refinery in the United States and the company’s largest domestic operation.

In addition to producing 5 million gallons of gasoline every day, Chevron Pascagoula is also the leading provider of jet fuel to Tampa Airport, the primary supplier of heating fuel to the nation of Panama, and one of the world’s top producers of premium base oils.

In November 2013, an explosion and fire on one of the refinery’s cracking units tragically killed a 46-year-old employee. Federal investigators later determined that Chevron’s failure to properly train employees on emergency shutdown protocols contributed to the deadly blast.

In October 2018, a contract worker fell to his death from an elevated structure inside the refinery’s processing unit. The incident was the second fatal fall at Chevron Pascagoula since 2007.

Our Undefeated Houston Refinery Explosion Lawyers have won Billions against the biggest energy, refining, and petrochemical companies in the world — including the #1 Largest Oilfield Burn Injury Settlement in United States History – for workers and families across Texas, Louisiana, New Mexico, and throughout the United States.

If you or a loved one were injured or tragically killed in a refinery accident or explosion, contact our Experienced Houston Explosion Lawyers at 1-888-603-3636 or Click Here to submit a confidential email through our “Contact Us” form.