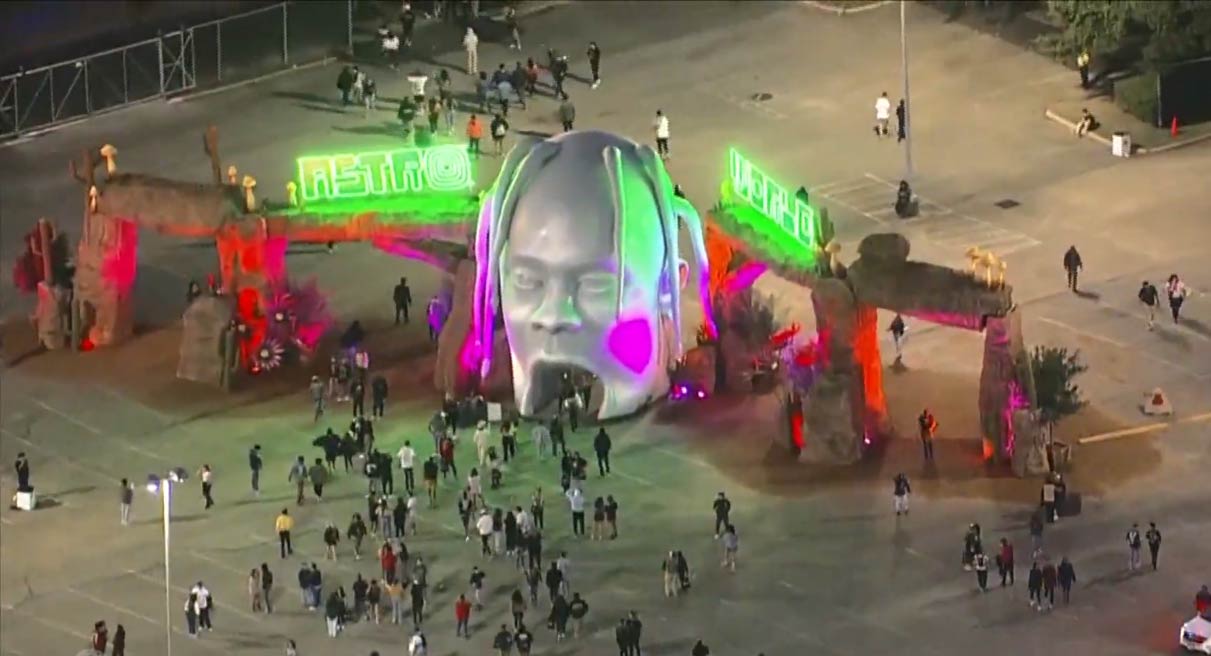 Chaos quickly ensued, and before it was over, the crowd surge had left at least eight concert-goers dead and hundreds of others injured. All of the deceased were under 30, including two teenagers, ages 14 and 15.  Other children were reportedly hurt in the melee, including a 10-year-old boy taken to Texas Children’s hospital in critical condition.

Injured in the Astroworld Crowd Surge?
Call 1-888-603-3636 or Click Here for a Free Consultation with our Houston Personal Injury Lawyers

Our Undefeated Houston Personal Injury Lawyers have won Billions, including the largest verdicts and settlements in History, on behalf of accident and wrongful death victims in Texas and across the United States against the largest corporations in the world.

Zehl & Associates already represents numerous Astroworld attendees who were seriously injured during the festival, and we expect to file many more lawsuits over the next several days.

If you or a loved one were injured or tragically killed in the Astroworld Crowd Surge, our personal injury lawyers will devote whatever time and resources are necessary to ensuring that you and your family receive the maximum compensation possible for all of your injuries and losses, that those responsible are held fully accountable, and that preventable tragedies like this one don’t happen again in the future.

What distinguishes Zehl & Associates from other personal injury law firms?

An unparalleled commitment to our clients, a undefeated record in the courtroom, and a history of record-setting settlements and verdicts, including:

We understand the devastating physical and financial hardships that our clients face after a preventable injury or wrongful death and are committed to ensuring that you receive the best medical treatment available and the financial resources to provide for yourself and your family for the rest of their lives.

Unlike at some other law firms, Zehl & Associates:

To see what some of our other clients say about their experience with our firm, visit our Client Video Page or our firm’s YouTube Channel.

Astroworld is a popular weekend music festival organized by Houston-native Travis Scott and concert promoter Live Nation. This year’s event opened on Friday, November 5th, and brought more than 50,000 fans to NRG Park to enjoy performances by Scott and multiple other artists.

Even before Scott took the stage that evening, Houston officials were worried that crowd control would be a challenge. Known for attracting an aggressive audience, Travis Scott has been previously arrested – once during Lollapalooza in Chicago in 2015 and again in Arkansas in 2015 – for inciting crowds to bypass security and rush the stages.

Scott last hosted Astroworld in November 2019. Three people were injured that year when crowds overwhelmed staff, broke through gates, and rushed the entrance.

The Houston Police Department assigned more than 300 officers to this year’s event, and Live Nation provided an additional 241 private security personnel. According to The New York Times, Houston’s police chief also visited Scott in his dressing room before the opening night show to convey his crowd-control concerns.

Sadly, the worst fears were realized.  As soon as Scott appeared before the 50,000+ fans gathered at NRG Park, the crowd rushed the stage, quickly became uncontrollable, and panic ensued. One 25-year-old concert-goer later told the Times that he watched in horror as people began to collapse around him.

“People usually fall, and you just pick people up,” he said, recalling his experiences attending the Astroworld event in previous years. “This time, people couldn’t do that. There were too many people. You could not move. Everywhere you were, people were pushing you. Every time he performs, people get excited.”

Before the performance ended, more than 300 people were treated at the Astroworld event field hospital. Over 20 others were transferred to area hospitals, including 11 people in cardiac arrest, and at least eight died in the chaos.

“What we know is that we have eight people who have died as a result of the injuries suffered at that event,” Houston Fire Chief Samuel Peña later told MSNBC. “That number may rise because we did transport more people in critical condition.”

Witnesses have reported that Scott briefly stopped performing on two occasions after noticing concert-goers in distress, but the show quickly resumed each time. One video later circulated on social media shows people waving toward the stage and chanting, “Stop the show!”

“The one person who can really call for and get a tactical pause when something goes wrong is that performer. They have that bully pulpit, and they have a responsibility,” Chief Peña told The New York Times. “If somebody would have said, ‘Hey, shut this thing down and turn on the lights until this thing gets corrected’ — and that coming from the person with the mic — I think could have been very helpful.”

Past Live Nation Events Have Ended in Death and Injury

Astroworld is not the first time an uncontrollable crowd surge has resulted in disaster. In fact, according to a paper recently published in Disaster Medicine and Public Health Preparedness, reports of human stampedes have more than doubled in each of the past two decades.

In 1979, for example, 11 people were killed when a crowd of 20,000 fans waiting to see The Who in Cincinnati, Ohio, rushed the venue’s doors. Nine people died in a crowd surge at a Pearl Jam concert in 2000, and 21 lost their lives at a German electronic dance music festival in 2010.

Astroworld’s promoter has also had its share of safety problems. According to The Houston Chronicle, Live Nation Entertainment and its subsidiary Live Nation Worldwide have been linked to at least 750 injuries and around 200 deaths at its events in seven countries since 2006, including:

Other Live Nation tragedies include the suicide bombing at an Arianna Grande concert in Manchester, England, in 2017; the mass shooting at a country music festival in Las Vegas that same year; and a terrorist attack at a Paris concert hall in 2015.

Contact Our Astroworld Festival Attorneys Today for a Free Consult at 1-888-603-3636 or by Clicking Here.

Having won Billions and successfully represented thousands of people in Texas and across the United States against the largest companies in the world, our Astroworld Festival Lawyers have the experience and resources to ensure you and your family receive the maximum compensation possible for all of your injuries and losses.

Our Houston Personal Injury Lawyers will answer your questions, explain your rights and options, and make sure that you have the information you need to make the best decision for you and your family going forward.

Call 1-888-603-3636, use the Chat feature on this site, or Click Here to send us a Confidential Email through our Contact Form.