As Permian Basin Drilling Returns, So Do Methane Emissions 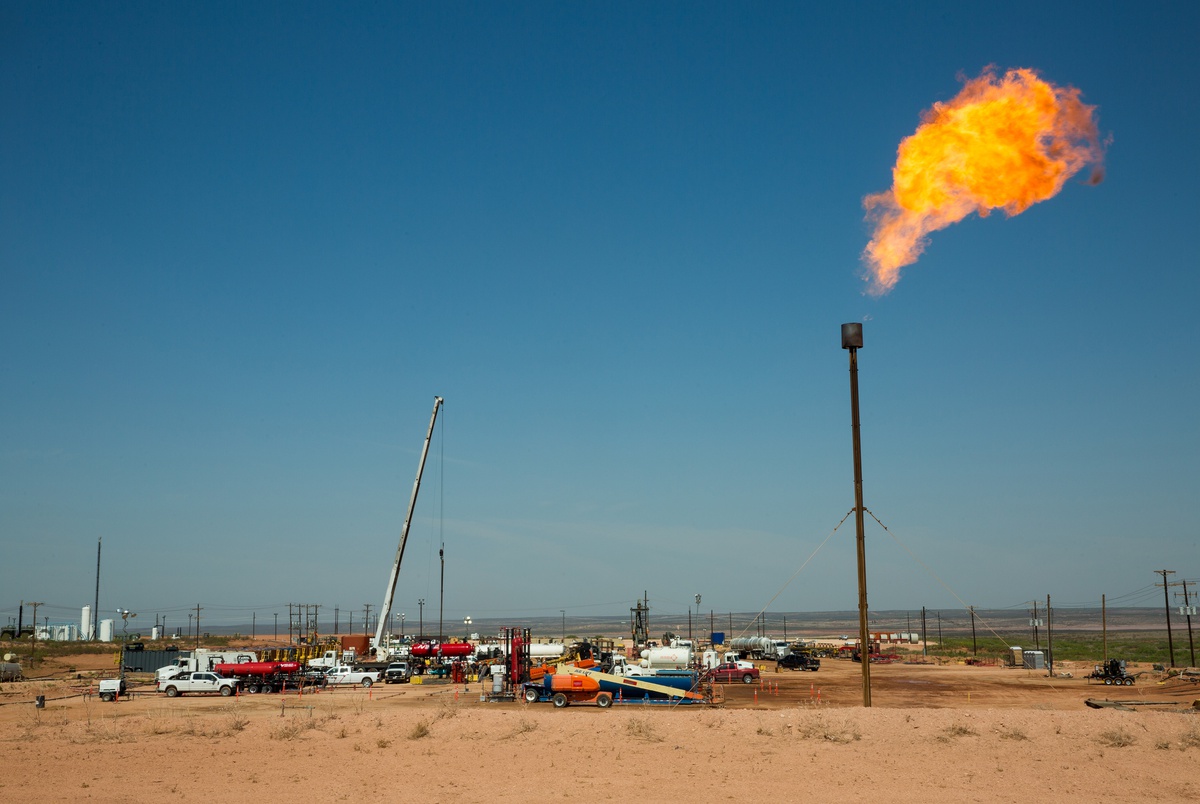 A year after the coronavirus pandemic forced scores of well sites to shut down across the nation’s largest oilfield, drilling is finally returning to the Permian Basin.

And so too have the region’s high levels of methane pollution.

According to the Environmental Defense Fund (EDF), those emissions fell 60% from March to April last year, after plummeting energy demand triggered by worldwide coronavirus shutdowns sent the oil market into freefall. At one point, the price of West Texas Crude – the lifeblood of the Permian – briefly entered negative territory for the first time in history.

As lockdowns have eased, the price of oil has rebounded, incentivizing drillers to reopen their wells. The Permian Basin has been the biggest beneficiary, with four new rigs beginning operations every week in the past four weeks alone. In fact, 216 rigs of the 411 currently active in the United States are located in the Permian.

Methane is a Major Greenhouse Gas

As far as greenhouse gases go, methane is about 80-times more potent than carbon dioxide during its first two decades in the atmosphere. Agriculture is the largest source of methane emissions, but the energy sector, which includes emissions from coal, oil, natural gas, and biofuels, is a close second.

The Permian Basin generates about 1.4 million metric tons of methane annually. Initial ground and aerial surveys conducted by the EDF’s Permian Methane Analysis Project indicate that, under normal circumstances, methane is escaping at a rate three times higher than the national average.

Subsequent satellite measurements have since confirmed that the Permian generates more methane than any other basin in the country.

Where is the Permian Basin’s Methane Coming From?

Flaring – the practice of burning away excess gas at an oil well – appears to be one of the largest sources of methane emissions in the Permian Basin. The EDF’s survey of hundreds of Permian flare stacks found that at least one out of ten flares were either unlit – uncombusted methane gas was being released directly into the air – or inefficiently burning only a portion of the gas they were releasing.

According to Bloomberg News, President Joe Biden has made eliminating methane emissions a priority. But that will require more regulatory oversight and a significant investment of pipelines to move natural gas from oilfields to distribution points. Unfortunately, it’s often far less expensive for oil drillers to burn or release methane as a byproduct of crude oil.

“The fact that Permian methane levels have returned to pre-COVID highs as drilling levels continue to increase confirms we need more state and federal oversight of oil and gas operations to manage this emissions problem,” said EDF scientist David Lyon. “Emissions from flaring and overloaded midstream sites can no longer fly under the policy radar. This science should put those problems squarely in policymakers’ scopes in Texas, New Mexico, and at the federal level.”

Our Undefeated Oilfield Accident Lawyers have won billions  — including Record-Breaking Verdicts and Settlements in connection with the worst industrial explosions and disasters in history – for clients injured or tragically killed while working at drilling sites, pipelines, and processing facilities in Texas, Louisiana, and New Mexico, ensuring they have the financial resources to care for themselves and their families for the rest of their lives.

If you or someone you love were hurt in an oilfield accident or explosion, please call 1-888-603-3636 or Click Here to send us a confidential email via our “Contact Us” form with any questions.

Your consultation is free, and you won’t pay us anything unless we win your case.