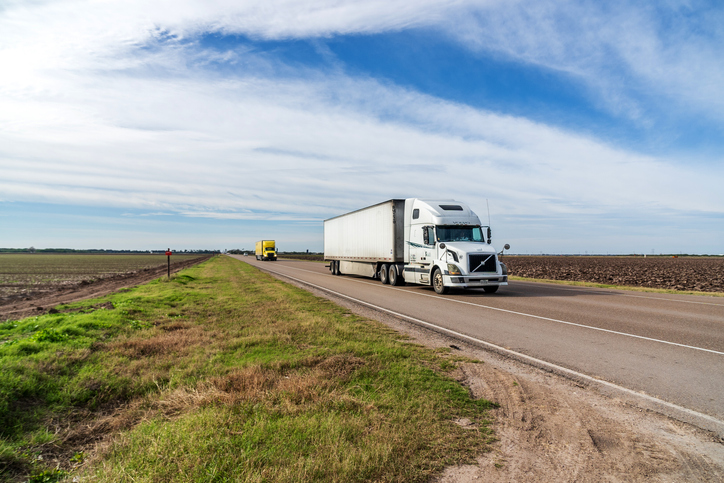 While it runs just 26 miles between Carthage in Panola County and Mount Enterprise in Rusk County, short-cut seeking 18-wheeler drivers have helped make State Highway 315 one of the most dangerous roads in Texas.

Since 2012, the Texas Department of Transportation (TxDOT) has recorded 462 crashes on the highway. Those accidents killed 36 people and left 463 injured, including 48 who were seriously hurt.

18-wheelers were involved in half of the 23 deadly crashes recorded along 315 since 2012, and 22 of the 36 people killed in those accidents died in a trucking-related crash. Records from TxDOT indicate that truck driver fatigue, speed, or traveling in the wrong lane have also been a factor in every fatal 18-wheeler wreck reported on 315 over the past decade.

Fire Marshall Randy Liedtke told KSLA News 12 that truckers began using Texas 315 as a shortcut about 10 years ago, and it’s now a regular route for 18-wheelers and other big rigs traveling between Houston and Shreveport, Louisiana.

“We have seen an increase and uptick in the number of fatality wrecks on that highway,” he said.

The most recent fatalities occurred in December when a fatigued semi-truck driver failed to slow down and slammed into the back of a pickup. The two men inside the pickup truck died in the fiery crash, leaving three children fatherless.

“In my years at the fire department, working wrecks, that’s one of the bad ones,” he continued.

“I have a CDL license and have driven some pretty large vehicles, and knowing 315, I would not save that 11-minutes. I’d stay on the bigger highway,” the pastor of a church located along the highway told the news outlet.

“The least thing, lower the speed limit. What does that cost? Change a few signs, you know, that say 70. Change them to 55,” he continued.

A public records request filed by the station revealed the state performed speed studies in 2016 and 2018. However, according to TxDOT, “the study results did not warrant an adjustment to the speed limit” on Highway 315. State transportation officials refused KSLA News 12’s request for an on-camera interview.

The pastor isn’t giving up, however. As he has done for years now, he will continue to pray until state officials are finally moved to act.

Our Houston 18-Wheeler Accident Lawyers have won Billions – including the  Largest Truck Accident Settlement in Texas – for crash victims and their families in Texas, Louisiana, New Mexico, and throughout the United States.

If you or someone you love were injured or tragically killed in a trucking-related accident along Texas S.H. 315 or elsewhere, our attorneys are ready to do all that is necessary to ensure you and your family are fully compensated for all of your injuries and losses.

All consultations are free, and because we only work for a contingency fee, you won’t owe us anything unless we win your case.