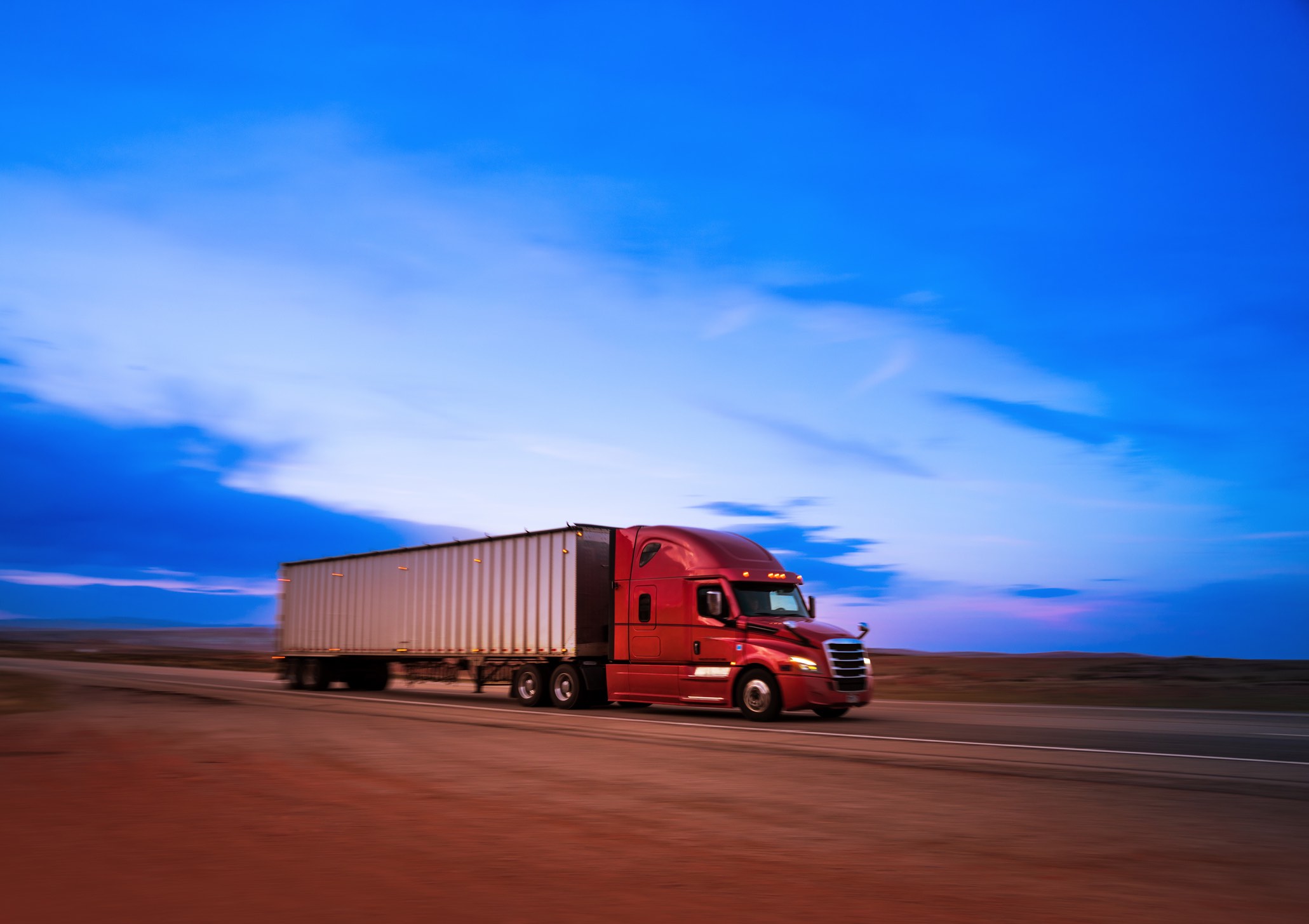 Our Undefeated Midland-Odessa Truck Accident Lawyers have won Billions and consistently recovered the Largest Truck Accident Verdicts and Settlements in history for our clients.

The record-setting results that we’ve recovered for Midland-Odessa 18 Wheeler Accident victims have distinguished our firm as one of the Best Personal Injury Law Firms in the United States, and provided our clients with the financial resources to care for themselves and their families for the rest of their lives.

Having repeatedly recovered the #1 Largest Truck Accident Settlements and Verdicts in Texas, our Truck Accident Lawyers have the experience, resources and skills to stand up against the largest trucking, transportation, and oilfield companies in the world and not only win for our clients, but set records.

Inexperienced Truck Drivers are Rushing to Midland, Odessa and the Permian Basin

West Texas is home to the Permian Basin—the largest petroleum producing basin in the United States.

Because of technological advances and its unique geology, oil companies in the Permian can drill farther into the earth for cheaper than ever.

As a result, oil companies are still able to squeeze out profits, even when the price of oil drops.

That’s why some of the world’s largest oil companies, including BP and ExxonMobil, are spending billions to get a foothold in west Texas.

To maximize their profits, however, drillers must pull as much oil from the ground as quickly as they can. Unfortunately, there just aren’t enough experienced oilfield workers in the Permian Basin to meet their needs.

In many cases, these new workers are being rushed to the fields without adequate training to perform their jobs safely. To make matters even worse, they’re putting in extremely long hours, often to the point of exhaustion.

Oilfield work has always been dangerous, and the rush to the Permian has only made it worse. With so many oil companies turning to inexperienced workers, West Texas is seeing more Truck and 18-Wheeler Crashes and oilfield accidents than ever before.

With increases in Permian Basin drilling activity, oilfield companies are aggressively hiring truck and 18-wheeler drivers to transport equipment and supplies to and from drilling sites in and around Midland/Odessa, Monahans, Pecos and other West-Texas cities.

Because the demand for experienced drivers greatly exceeds the supply, many of the “new” drivers are untrained, over-worked, and fatigued, resulting in a drastic increase in the number of fatal and catastrophic truck and 18-wheeler accidents on West-Texas roads.

Between 2019 and 2020, for example, 102 people died in truck and 18 wheeler accidents on the Texas side of the Permian Basin, representing a 43% increase in wrongful death fatalities since 2017.

And these tragic statistics are only going up: West Texas experienced a 17% increase in fatal truck and 18-wheeler crashes compared to the same period a year earlier.

As a result, Route 285 – the infamous “Death Highway” – is now one of the three most dangerous highways in the United States, with over 10,000 trucks and 18-wheelers using it to transport equipment and supplies everyday.

Causes of Truck and 18 Wheeler Accidents in West Texas

Thousands of people from across Texas and the United States have moved to West Texas in response to the above-market wages that oilfield owners and operators are paying for drivers who meet the basic physical requirements needed to obtain their Texas Commercial Drivers License.

Not only do these new drivers have little to no experience driving commercial trucks and 18-wheelers, but they’re being forced to drive well beyond the maximum number of daily driving hours permitted under Federal law in trucks that haven’t been properly inspected, serviced and maintained.

One of the primary reasons for the surge in unqualified and inexperienced drivers is that, despite the $120k + salaries being offered to West Texas truck drivers, very few experienced drivers returned to oilfield jobs after oil prices crashed in 2014.

As a result, oil and gas companies are turning to fast-food restaurants, convenience stores, and construction sites to search for new drivers.  The candidates are significantly younger, have no experience behind the wheel of a large commercial vehicle, and are much more willing to drive over 15 hours each day (which is a violation of Texas and Federal law) in exchange for substantially larger salaries.

Because these “new” drivers are inexperienced and overworked, they’re much more likely to make serious—and often fatal—errors while behind the wheel.

Although Texas and Federal law only allow truck drivers to drive a total of 11 hours after spending 10 hours “off-duty,” it’s not uncommon for Permian Basin drivers to work 15 to 20 hour days for weeks at a time.

Because these drivers are chronically fatigued, they have substantially reduced reaction times and, according to a recent study by AAA, are more impaired behind the wheel than a legally drunk driver with a .10 blood-alcohol level.

A number of Permian Basin truck drivers are even relying on illegal drugs, like cocaine and methamphetamines, to stay awake for 20+ hours at a time.

Due to constant use, infrequent inspections, and poor road conditions, the trucks and 18-wheelers traveling to and from West Texas oilfields experience much more wear and tear and require more frequent service and maintenance.

Since taking a truck out of service costs the oil company time and money, the trucks end up staying on the road with safety and mechanical hazards that render them in violation of Texas and federal safety laws.

Oil and Trucking Companies Will Do Everything Possible to Avoid Responsibility

There are few industries where “profits over safety” is more pronounced than in oilfield and trucking.  The more serious the accident, the harder the companies and their lawyers will fight and delay.  From “losing” critical evidence from the truck’s ECM (Black Box) to destroying the driver’s logbooks, there’s little the companies won’t do to avoid paying you and your family the damages you deserve .

Many companies, for example, train drivers to blame the accident victim at the scene, even when it’s clear that their own actions caused the crash.

Trucking companies are also notorious for destroying or losing driving logs, training records, and other important evidence in an effort to prevent crash victims from proving that the trucking company and their drivers were at fault.

It’s not uncommon for accident victims to receive calls from the trucking company’s “claims adjuster” after the crash, hoping to convince you to take a settlement offer before you realize the full extent of your injuries and real value of your case.  No matter what they say, remember that their only goal is to save money by paying you and your family substantially less than your case is worth.

Many people don’t realize that truck and 18-wheeler accidents are nothing like ordinary car accidents.

Not only are the trucking companies able to spend substantial amounts of money hiring teams of lawyers to defend them, but the lawsuits are also much more complex.  The slightest mistake by the injured party or their lawyers can have significant consequences that can lead to the lawsuit being dismissed without any recovery or, if the case proceeds, greatly reduce the amount of damages the injured party is able to recover.

That’s why it’s so critical that you hire an Experienced Truck Accident Lawyer with the Largest Truck Accident Verdicts and Settlements in Texas to make sure that you receive the maximum compensation possible for all your injuries, damages, and losses.

Our West Texas Truck and 18 Wheeler Accident Lawyers have Won Billions and the #1 largest truck accident verdicts and settlements in history on behalf of oilfield, truck accident, and wrongful death victims across West Texas and the United States.

If you or a loved one were injured or tragically killed in a Truck or 18-Wheeler Accident, call 1-888-603-3636, use the “chat now” button, or Click Here to send us a confidential email through our Contact Us form.

Our Truck Accident Lawyers will answer your questions, explain your rights and options, and make sure you have the information you need to decide what’s best for you and your family.