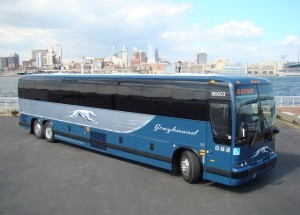 According to officials, Greyhound’s driver admitted to being fatigued when he plowed the bus into a series of safety barrels on U.S. Highway 101 causing it to roll onto its side and across the concrete center lane divider.

The experienced bus accident lawyers at Zehl & Associates have recovered both the largest settlement and the largest verdict against Greyhound in the company’s history. Also, we have successfully handled more fatigue-related cases against Greyhound than any other law firm in the United States.

Contact one of our experienced bus accident attorneys today for a free, confidential consultation.

According to an officer with the California Highway Patrol, Greyhound’s driver also admitted to stopping for a caffeine break in Gilroy not long before the crash.

A passenger corroborated the admission by stating to officials that the driver appeared tired after reboarding the bus in Gilroy and was “weaving and jerking the wheel.”

Then, just a few moments later, the heard a loud sound “like a lightning strike hit the bus.”

If you or a loved were affected by this terrible tragedy, contact us today in order to learn more about how to hold Greyhound responsible.