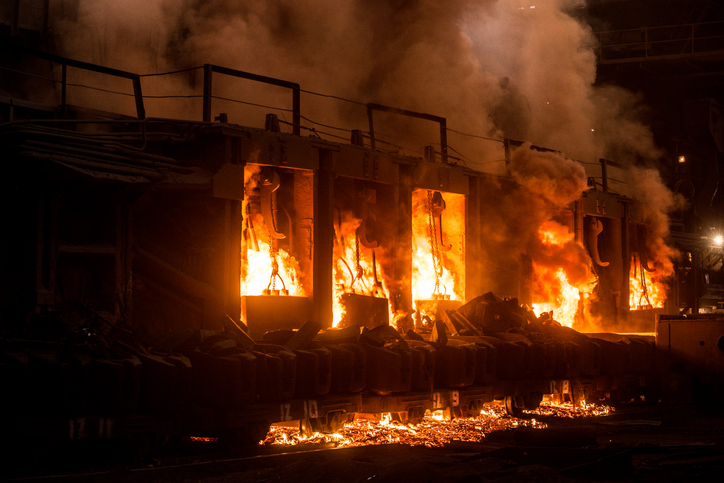 First responders arrived at the TimkenSteel Faircrest Plant, located at 4511 Faircrest Street SW, shortly after 10:30 p.m. on Tuesday, July 26th, amid reports of an explosion and multiple injuries.

“It was a bad situation last night,” Chief Larry Sedlock with Perry Township Fire Department told ABC News 5 in Cleveland. “We found out the boxes were ignited from an explosion from within the second floor of the melt shop there, which blew fire and debris out the building and out the windows, which ignited the boxes on fire.”

Officials later confirmed that a furnace had exploded.

The three victims were transported to Aultman Hospital and Cleveland Clinic Mercy Hospital in Canton. Two were released after receiving treatment for smoke inhalation and burns.

The third injured worker was transferred and is still undergoing treatment at MetroHealth Medical Center Burn Unit in Cleveland. According to his family, the victim sustained burns to 75% of his body and will remain in a medically induced coma and on a ventilator until he is stable enough to have surgery.

Pat Eslich, president of the United Steelworkers Golden Lodge Local Union 1123, told the Canton Repository that the injured workers are experienced employees who had been on the job between five and 10 years.

TimkenSteel manufactures carbon and alloy steel products for automotive, energy, and other industries. Unfortunately, Tuesday’s explosion was only the most recent incident involving the company.

Last December, a 65-year-old worker was killed at TimkenSteel’s Gambrinus facility. Inspectors from the U.S. Occupational Safety & Health Administration (OSHA) later cited the company for failing to install guards or provide proper hand tools to prevent workers from getting caught up in machinery.

In 2016, a worker at the Faircrest plant died from nitrogen exposure. According to the subsequent OSHA investigation, TimkenSteel failed to protect employees from a hazardous atmosphere created by nitrogen entering the ventilation system. The company also failed to train employees to detect hazardous chemicals in the work area.

Last month, TimkenSteel became one of around 700 companies placed in OSHA’s Severe Violator Enforcement Program. That program focuses on inspecting employers that have demonstrated indifference to the OSHA Act by willful, repeated, or failed-to-abate violations.

Undefeated Plant Explosion Lawyers with Billions Won for Workers and Families: Call 1-888-603-3636 or Click Here for a Free Consult.

Our Undefeated Plant Explosion Lawyers have won Billions – including the #1 Largest Burn Settlement in U.S. History — for workers and their families against the largest plant and refinery operators in the world and consistently recover record-breaking verdicts and settlements on their behalf.

To learn more about our success representing explosion victims and their families,  Click Here to see what our clients have said about their experience with our firm.

If you or someone you love were hurt in connection with the TimkenSteel explosion or another industrial disaster, our attorneys are ready to help. Please call 1-888-603-3636 or click here to fill out our confidential contact form.