Most Common Causes of Truck and 18-Wheeler Accidents 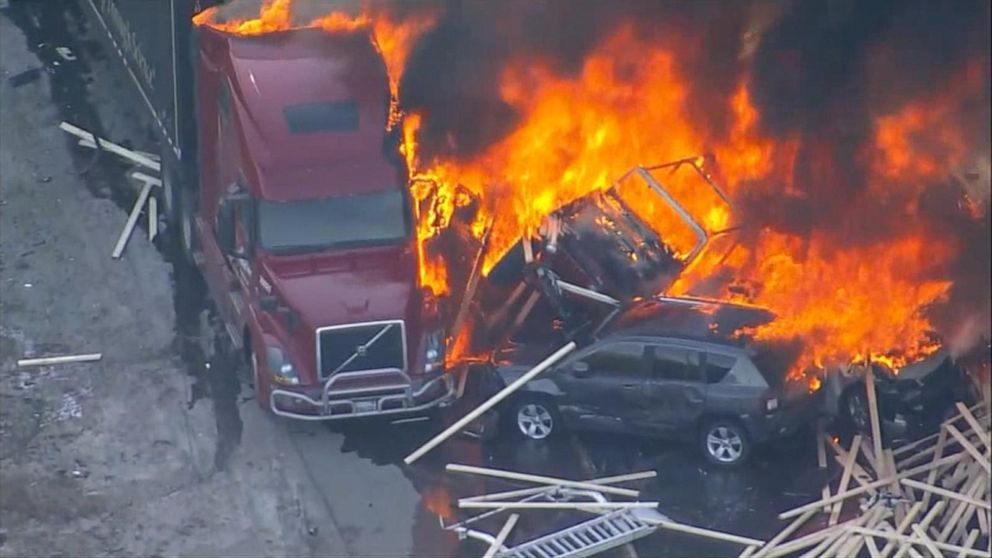 Deadly truck and 18-wheeler crashes are occurring with alarming frequency along roads and highways throughout the United States.

In fact, motor vehicle accidents involving trucks and other commercial vehicles killed more than 5,000 people in 2019, compared to fewer than 3,200 in 2009. Both years, the occupants of passenger vehicles accounted for most of the deaths.

18-wheelers and other large trucks are particularly dangerous in a crash. Weighing as much as 80,000 lbs., these big rigs need 20-to-40% more time to stop compared to a typical automobile.

While many truck and 18-wheeler drivers strive to operate their vehicles in a safe manner, the federal government’s  Large Truck Causation Study found that driver error, mistakes, and negligence caused or contributed to the majority of serious and deadly accidents.

Truck drivers are often racing the clock to deliver their loads on time. As a result, many remain behind the wheel long after they’ve become too fatigued to drive safely. Unfortunately, drowsy driving is every bit as dangerous as driving while intoxicated.

The National Transportation Safety Board (NTSB) estimates that 30-to-40% of all large truck crashes are the result of driver fatigue; however, the true number is likely much higher, as few police accident reports note this type of impairment.

Unfortunately, fatigued truck drivers are poised to become an even greater menace on the road, as the Trump administration recently weakened the regulations governing how long an interstate commercial driver can legally remain behind the wheel without taking a break.

According to the National Highway Traffic Safety Administration (NHTSA), 3,177 people died as a result of distracted driving in 2019.   One recent study also found that just over 70% of all large truck crashes occurred while an operator was focused on something other than driving.

Most people understand that distracted driving includes any activity that causes a driver to take their attention away from the road, such as texting, talking on the phone, or eating while driving. But drivers can also become distracted by objects located outside of their vehicle, such as billboards and advertisements near the roadway. In fact, research conducted by the NHTSA suggests that 11,000 truck and 18-wheeler crashes were triggered by distractions located external to the truck’s cab.

In 2020, speeding accounted for nearly 30% of all traffic fatalities that occurred in the United States that year. Tractor-trailers and other large trucks are particularly dangerous when traveling at high rates of speed, largely due to their enormous size relative to other vehicles on the road and their inability to stop quickly in an emergency. A speeding truck is also more likely to experience dangerous cargo shifts or have difficulty maneuvering on sharp turns.

While truckers are being cited for excessive speed more often than ever before, speeding remained one of the leading causes of truck accidents in 2020.

According to the Large Truck Crash Causation Study, poor driver decisions – including aggressive or reckless driving – contributed to nearly 40% of all commercial trucking accidents.

Poor driver decisions include any act or behavior that disregards the safety of others on the road, including:

If you believe a truck driver is operating his vehicle in a reckless or aggressive manner, notify law enforcement by calling 911. Most commercial trucks also include a phone number on their vehicle to report negligent, reckless, or aggressive drivers.

Federal regulations prohibit commercial drivers, including those who operate 18-wheelers and other big rigs, from driving while intoxicated or under the influence of psychoactive drugs, including legal medications. Yet according to one recent study, the use of mind-altering substances – including alcohol, marijuana, amphetamines, and cocaine – is high among truck drivers and likely linked to poor working conditions.

With truckers rushing to deliver their loads on time, it’s not surprising that some would turn to amphetamines and other stimulants to remain awake and alert on the road. But these substances can also cause vertigo, agitation, hallucinations, and change perceptions and reactions in a way that increases the risk for a serious crash.

The same study also found that truckers in the United States had the highest rates of positive alcohol tests worldwide.

Improperly loaded cargo can shift during transport, throwing a truck off balance. This may cause the driver to lose control and crash his rig. The load could also fall from the truck, resulting in even more harm to others on the road. If the truck is hauling hazardous materials, a crash could very well trigger a dangerous toxic spill, fire, or explosion.

Because large commercial trucks need so much more time to stop, it’s imperative that brakes remain in good working condition at all times. But according to the Large Truck Causation Study, brake problems contribute to roughly 29% of all truck and 18-wheeler accidents.

A variety of factors may cause a truck’s brakes to fail, including defective parts, truck driver error, improper loading, improper maintenance, and poor road conditions, among others.

Most big rigs have air brakes, although many smaller trucks rely on hydraulic braking systems. Regardless of the type, and with few exceptions, FMCSA regulations require that most trucks have a brake acting on each wheel of the vehicle. Those with an air brakes must have an emergency air brake system, and drivers must have at least two ways to activate the trailer’s emergency brakes.

The FMCSA requires 18-wheelers and other commercial vehicles to be well maintained, and has established regulations for regular safety inspections to ensure compliance. Yet according to the 2019 Large Truck Crash Causation Study, 10% of all commercial trucking accidents are the result of problems with the vehicle itself.

Trucking companies only make money when their vehicles are on the road and able to deliver their loads on schedule. Unfortunately, that means that some companies will delay much-needed repairs and inspections in order to avoid taking a profitable truck out of service. If a trucking company is outsourcing repairs and maintenance, the subcontractors might also face economic pressure for a quick turnaround, even if that means skimping on quality and allowing an unsafe truck to return to service.

Unsafe road conditions, whether due to inadequate maintenance, poor design, or weather, cause or contribute to roughly 1/3 of all traffic accidents, including those involving  trucks and 18-wheelers. Big rigs are especially vulnerable on unsafe roads, due to their large size and inability to stop quickly.

Roads in remote, rural areas are often poorly maintained and unable to handle heavy truck traffic. That’s probably one reason more than half of the fatal accidents involving large trucks and buses reported in 2019 occurred along rural roadways.

Sharing the Road with Trucks and 18-Wheelers

With so many heavy trucks and 18-wheelers on the road, driving can be intimidating for the average motorist. Fortunately, by taking some precautions, you can reduce the likelihood of a serious accident:

No matter how careful you are, you can’t control other trucks on the road. If you or someone you love were hurt by a reckless truck driver or negligent trucking company, it’s critical that you take steps to protect your rights—and your future.

Our Undefeated 18-Wheeler Accident Lawyers have successfully taken on the largest Truck and 18 Wheeler companies in World, winning billions, including Record-Breaking Verdicts and Settlements, for thousands of truck accident victims in Texas, Louisiana, and across the United States.